Since the end of legal segregation in Georgia, the men who have occupied the office of governor have reflected the state’s political ideals. Although the first five governors were Democrats and the next for the last sixteen years were Republicans, they have all been relatively moderate. Characterized as “steady” and even “bland,” Georgia’s past governors avoided blunt and career-defining statements. They focused on more universal issues, such as education and job growth. Most notably, they gave less public support to those on the fringes of their political parties.

In sharp contrast, this year’s main two candidates for governor unapologetically appeal to the more extreme voters. Leading the Democratic Party is Stacey Abrams, a Black, female Yale graduate and former Democratic leader of the state legislature. The top candidate for the Republican Party is Brian Kemp, an agri-businessman and two-term Republican secretary of state. 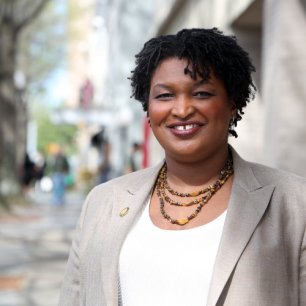 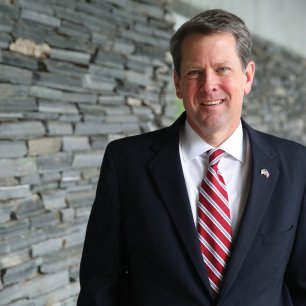 Abram’s campaign targets liberal sentiments. Under her New Georgia Project, she works to register young and minority voters. She sympathizes with undocumented immigrants, stating that her “soul rests with those seeking asylum.” Abrams also plans on nullifying recently-passed pro-guns legislation, such as the “campus carry” policy, and expanding Medicaid for the poor and disabled. Meanwhile, Brian Kemp stresses conservative views. Under his Trump-like agenda, Kemp has announced his “Track and Deport” plan, which advocates for the prompt removal of undocumented immigrants from the state. He has also adopted Trump’s rhetoric when talking about gun policy and he resents Abram’s call for more Medicaid as he believes it will raise taxes, reduce job growth, and cut into superior bond ratings.

After their huge wins in the primaries, it seems that Abrams and Kemp will not alter their strategies. Last May, in a two-person primary, Abrams won 76 percent of the Democratic vote. Kemp finished second in the packed Republican primary but took a whopping 69 percent of the vote in the Tuesday runoff, besting his better-funded Republican rival, Casey Cagle.

Abrams and Kemp’s narrow appeals would not have been as successful if it were not for Georgia’s changing demography. The state, especially near Atlanta, is rapidly diversifying. The amount of registered nonwhite voters increased from 27 percent in the 1990s to 46 percent. Political analysts believe that with more immigrants and Black Americans in the population, voters are choosing candidates on the basis of culture and identity.  The effects of minority voters cannot be better seen than in Cobb and Gwinnett. The two suburban counties went from fueling Republican candidates to voting for Hilary Clinton over Donald Trump.

The growth of Georgia’s economy made leeway for people to vote based off of their cultural affinities. Since voters worry less about financial issues, they can more seriously consider politician’s stances on social issues.

The importance of culture and identity is exacerbated in the Trump era, as political ties seem to be more polarized than ever before. Ideas of left vs. right pressure Americans to lean towards either side, making it more beneficial for Abrams and Kemp to definitively appeal to the extremes.

Of course, many Georgia citizens and politicians worry that without centrism and moderacy, there is a group of “middle” voters who are not being reached.  “It would be nice if we had a more moderate option,” relents Kathrine DeLash, a pet store owner in Cobb County who doesn’t identify with either political party. She tells the New York Times, “You don’t get that with the candidates we have right now. The people who shout the most to their own people get the most attention, and it doesn’t matter what they’re saying as long as they shout the loudest.”

The effectiveness of Abrams and Kemp’s political strategies will not be known until November 6th. Until then, political journalists and analysts wait in anticipation in the midst of a defining moment in Georgia’s political history. For the first time in dozens of years, Democratic turnout to primaries has nearly equaled that of the Republicans. If left-leaning voters continue going to the polls, Stacey Abrams could end up Georgia’s first female African American governor. If conservatives focus their energy on Brian Kemp, the state could end up with its own miniature Trump administration.

View all posts by lhspress